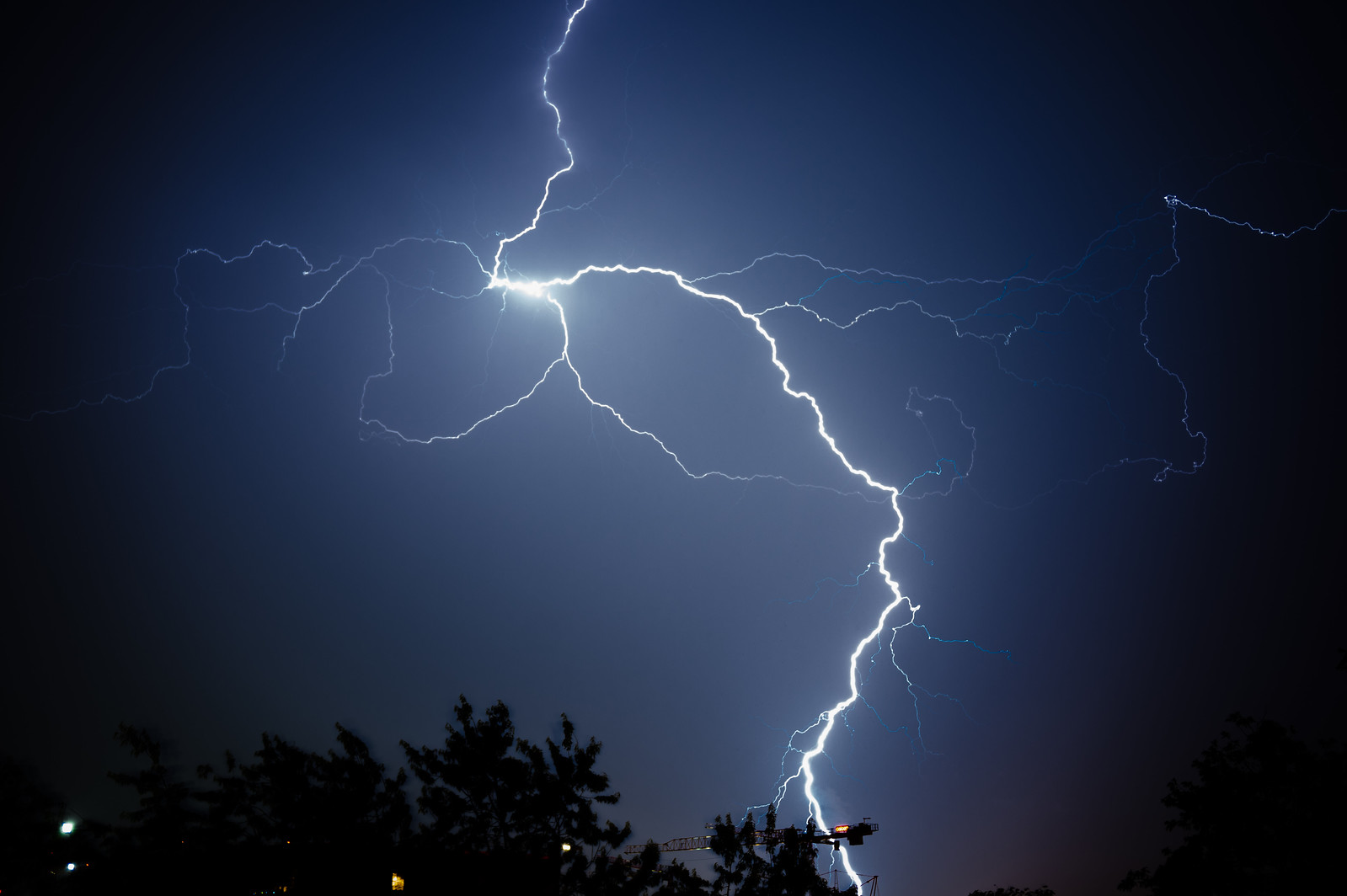 It took some experiments until I figured out how to capture a lightning strike.

This is what I did:

If you would also like to try it, keep in mind that I shot my image at night. Capturing a lightning strike when the sun is still shining will probably need an entirely different approach.